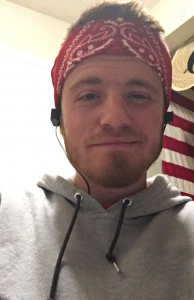 Cory Michael Summers, 28, of Lebanon, passed away unexpectedly on August 10, 2022.  He was born on February 13, 1994, in Lebanon, Indiana, a son of Charles Jason Summers and the late Theresa Lynn Moore.

He was 2012 graduate of North Montgomery High School.

Cory was a loving son, father, and brother.  He worked in the landscaping business and loved NASCAR, music, fishing, and anything that involved the great outdoors.

In addition to his mother, Cory was preceded in death by grandmother, Maridell Summers.

Private Memorial Graveside Services will be held. Myers Mortuary and Boone County Crematory have been entrusted with his arrangements.

Memorials may be given to Myers Mortuary, 1502 North Lebanon Street, Lebanon, Indiana 46052 to assist the family.