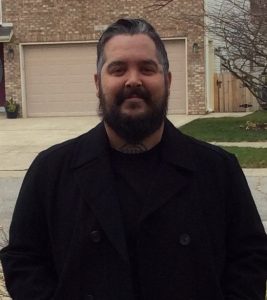 Joseph Daniel “Joey” Gaylor, 36, passed away Friday, August 5, 2022, at Witham Memorial Hospital in Lebanon, Indiana after a long battle with cancer.  He was born in Cape Girardeau, Missouri on August 30, 1985; a son of Craig Gaylor and Barbara (Ervin) Springer.

He attended Avon High School and Lebanon High School. Joey had worked as a waiter for several years and at local kennels giving him an opportunity to share his love of animals.

His passion was music.  He performed all around Indianapolis with many local artists. He was well respected in the musical community and will be missed by all who knew and loved him.

Survivors include his father, Craig Gaylor and wife, Keri Brown of Indianapolis; mother and stepfather, Barbara and Mark Springer of Lebanon; half-brother, Thomas Springer; many cousins, aunts and uncles; and grandmother, Susan Gaylor of Westfield.

He was preceded in death by grandparents, Bob and Joyce Ervin, Rod Gaylor, and Vern and Jean Springer.

A Celebration of Life will be held Tuesday, August 16, 2022, from 5:00 to 7:00 p.m. at Myers Mortuary, 1502 North Lebanon Street, in Lebanon, Indiana. Boone County Crematory has been entrusted with his cremation arrangements.