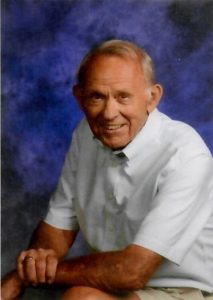 Larry E. Good, 83, of Frankfort, passed at his residence, Tuesday, August 25, 2020.  He was born August 26, 1936 in Lafayette to Marvin B. and Wilma Jean (Heaton) Good.  He was a 1954 graduate of Colfax High School and was the first president of Colfax FFA.  He furthered his education by completing an agriculture course at Purdue University.  He married Eva Kathleen Niebrand on January 4, 1964; she survives.

Larry enjoyed going to church with his wife, traveling, woodworking, and fishing.  He was proud of his family and all of their accomplishments and loved spending time with them, especially his grandkids.

Along with his wife, Larry is survived by his sons, Russell Good (Clarice) of Mulberry and Alan Good of Frankfort; daughters, Michelle Pyle (Mike) of Frankfort and Erin Long (Matt) of Brownsburg; sister, Judy Cochran of Frankfort; grandchildren, Bailey and Grace Good, Brad and Ashley Pyle, and Katelynn, Abby, and Ana Long; and several nieces and nephews.

He was preceded in death by his parents and one infant son, Brian.

Visitation will be held on Friday, August 28, 2020 from 4:00-7:00 p.m. at Genda Funeral Home in Frankfort.  Funeral service will be on Saturday, August 29, 2020 at 10:30 a.m. at Antioch Church.  It will be live-streamed and available to view at www.gendafuneralhome.com  Pastor Dave Klipp will officiate.  Burial will follow at Plainview Cemetery in Colfax.

In adherence to the current CDC guidelines, it is requested that guests follow the appropriate social distancing and the wearing of masks.

Memorial contributions may be made in Larry’s honor to Rock Steady Boxing in Lebanon, which helps aid Parkinson’s patients.

Online condolences may be made at www.gendafuneralhome.com.