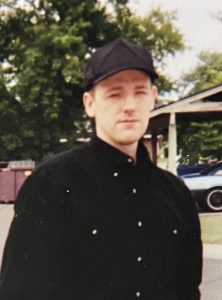 Patrick Lyndell Arend, 56, passed away at his home in Thorntown, Indiana, on Thursday, October 6, 2022.  He was born in Danville, Indiana, on February 28, 1966, one of five sons to the late Donald Raymond and Carmen Jo (Bundy) Arend.

Patrick had two German Shepherds, Baby and Lucy, and his cat, Homer. They were his babies and he loved them dearly.

A Celebration of Life will be held at a later date.

Myers Mortuary and Boone County Crematory have been entrusted with his cremation arrangements.