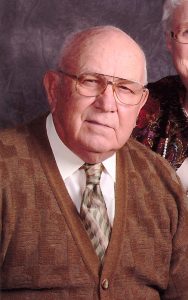 Lifelong Boone County farmer, Richard L. Witt, passed away at his home on Sunday, September 25, 2022. He was born at his parent’s home in Boone County on February 20, 1934.

Richard was a graduate of Pinnell High School. Following school, he served his country honorably in the United States Army while stationed in Germany. He was a volunteer fireman for several years, serving with the Perry Township Fire Department. He served on the Board of Directors with the Boone County REMC. In addition, Richard was a member of the New Brunswick Church of Christ where he served as Deacon and Elder. Most recently, he attended Lebanon Church of Christ. Richard enjoyed working with wood and making furniture with his friend, Sam Herr.