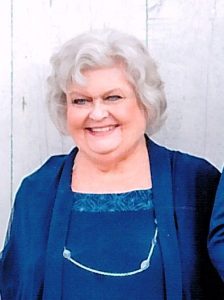 Mrs. Sue Ann Nance, 76, passed away peacefully on Monday, September 19, 2022, at her home in Lebanon, Indiana. She was born December 16, 1945, in Indianapolis, the daughter of the late Lewis O. and Mary (Sullivan) Crawford.

On January 15, 1983, she was married to James Harvey Nance in Boone County, Indiana. He survives.

Raised in Indianapolis, Sue was a graduate of Speedway High School. She worked as the Office Manager of Inside Sales at Norandex Building Materials in Indianapolis for 22 years.

Sue was a faithful and active member of Mts. Runn Baptist Church where she oversaw the bus ministry and served in the nursery for more than 30 years. She was a devoted wife, mother, grandmother, great grandmother, and church member.

Funeral Services are planned for 2:30 p.m., on Friday, September 23, 2022, at Mts. Runn Baptist Church, 250 South 775 East, Zionsville, Indiana.
Visitation will be held from 11:30 a.m. until the time of services at the church.
Interment will follow services at Mts. Runn Cemetery.
Myers Mortuary in Lebanon has been entrusted with her arrangements.