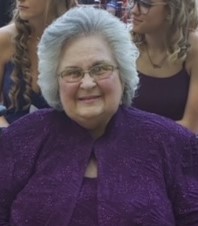 Mrs. Janet Kathleen “Katha” Dulhanty, 84, passed away Monday morning, September 19, 2022, at Witham Memorial Hospital in Lebanon, Indiana. She was born on April 2, 1938, in Lebanon, Indiana, the daughter of the late Russell E. and Fern B. (Beaty) Shoemaker.

On January 25, 1957, she was united in marriage to Charles Arthur “Chuck” Dulhanty in Union Township, Boone County, Indiana. He passed away October 8, 2004.

Katha was a 1956 graduate of Lebanon High School and attained her bachelor and master’s degrees from Butler University. She taught elementary school for 30+ years, first at Perry Worth and later at Hattie B. Stokes.

She was a devoted wife, mother, grandmother, and great grandmother. She loved history and traveling which led to her passion for genealogy. She loved researching the different branches of the family tree, putting together photos and documents to share with family members. Another love was 4-H, which she was actively involved in as all her children participated. She served on the 4-H Fair Board and later enjoyed watching as her grandchildren and great grandchildren took part as well.

Katha was a 50-year member of Delta Kappa Gamma holding different offices in Beta Epsilon Chapter, including President. She was also a member of University Women, Tri Kappa and Indiana Retired Teachers.

In addition to her parents and her husband, Mrs. Dulhanty was preceded in death by a grandson, Marc Davis and a great granddaughter, Bella Wagner.