Members of the Zonta Clubs of Frankfort and Lebanon participated in the 4th annual “Zonta Says NO! to Violence Against Women” walk at the Lebanon Memorial Park on November 2nd.  Dressed in orange T-shirts or sweatshirts and joined by Z Club members from Lebanon High School, attendees first listened to two speakers on the topic of violence against women and what their respective organizations are doing to support victims.

The first speaker was Leah Giorgini, Senior Director of the Domestic Violence Intervention & Prevention Program (DVIPP) at the YWCA of Greater Lafayette. The YWCA opened the first domestic violence shelter in the region 40 years ago, in 1979, and they remain widely respected for their DVIPP. Through case advocacy, support groups, legal advocacy and emergency shelter, they are on a mission to support and empower survivors of domestic violence. The YWCA is dedicated to eliminating racism, empowering women and promoting peace, justice, freedom and dignity for all.

In 2018, there were 1,196 beneficiaries of the DVIPP, with 156 females sheltered (116 women & 40 of their daughters); 543 women attending support groups; and 497 women served through outreach, legal, and walk-in services. The DVIPP serves six counties, including Clinton, and last year the program served residents of Clinton County with 239 calls to the crisis line; 57 attended support groups; and 155 students engaged in outreach programs. 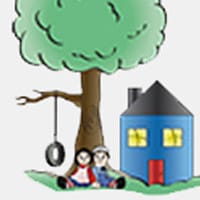 Kassie Frazier, Executive Director of Sylvia’s Child Advocacy Center (SCAC) in Lebanon, was the second speaker. The Center is a nonprofit created in 2010 to serve Boone and Montgomery counties. Staff there performs forensic interviews after allegations of sexual abuse, and they work to ensure that victims and their families receive follow up care.  Regretfully, in most cases, children have been abused by family members or people their family members knew and trusted. Working with law enforcement, Child Protective Services, specially trained medical and mental health providers and the Prosecutors Office, their goal is to make the process gentler and less traumatic for children who have suffered so much. They have also implemented prevention programs in all three Boone County school corporations.

Following the presentations, the Z Club girls led others in a short warm-up prior to everyone in attendance taking a lap or two around the park, carrying a banner and signs with the “Zonta Says NO! to Violence Against Women” message.

The “Zonta Says NO!” / 16 Days of Activism campaign will be promoted with orange lights displayed at the Frankfort Community Public Library, Old Stoney, and on a special tree (in memory of Frankfort Zontian, Martha Webb) at the Holiday Festival of Lights at the TPA Park.