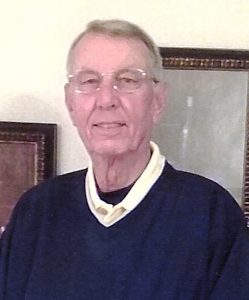 Mr. Frank Russell Stowers, 81, of Lebanon, passed away Wednesday, September 21, 2022, at Ascension St. Vincent Hospital in Indianapolis. He was born May 18, 1941, in Kokomo, Indiana, a son of Russell and Edythe (Fivecoat) Stowers.

On June 5, 1974, he was married to Delilah (Vandervort) Stowers; she survives.

Frank was a 1959 graduate of Lebanon High School and attended Butler University. He proudly served his country honorably in the United States Army. Frank worked for NCR Corporation and later Federated Mutual Insurance Company. He retired from his own business of gaming.

He enjoyed playing golf, playing cards, hunting, fishing, and all sports, particularly St. Louis Cardinal baseball. He enjoyed traveling and loved spending the winters at their home in Florida. His memberships included the Elks Lodge #635, VFW Post 910, and American Legion Post 113, all of Lebanon.

In addition to his parents, Frank was preceded in death by sisters, Ann (Bob) Gary, Betty Lee (Gene) Hunt, and Virginia Collier; and a brother-in-law, Rich Marjancik.

Funeral Services with Military and Elks Rites are planned for 12:00 Noon on Monday, September 26, 2022, at Myers Mortuary, 1502 North Lebanon Street, in Lebanon, Indiana.
Visitation will be held from 10:00 a.m. until the time of services.
Interment will follow at Oak Hill Cemetery in Lebanon.

In lieu of flowers, memorials may be directed to the Lebanon Elks Cancer Fund or the charity of the donor’s choice.