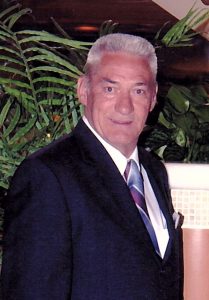 He was married in Lebanon, Indiana, on April 4, 2004, to Nancy Eva Golden Turpin. She passed away January 8, 2013. Previously he was married to Diane (Perkins) Turpin.

Walt was raised and had attended schools in Veedersburg. From 1955 to 1957, he served his country honorable in the United States Navy.

He had worked for Butternut Bread in Peoria, Illinois and Peoria Tractor and Equipment, a CAT dealer. He then lived for a period of time in O’Fallon, Missouri where he was a diesel mechanic at various truck shops before he retired. He relocated to Lebanon, Indiana in January 2001 and owned and operated his own shop.

Walt enjoyed working on old cars and fishing. He liked to watch high school and college basketball and was an avid Chicago Cubs fan.

Visitation is planned from 5:00 to 7:00 p.m., on Thursday, August 25, 2022, at Myers Mortuary, 1502 North Lebanon Street, in Lebanon, Indiana with military rites to be held at the beginning of visitation at 5:00 p.m.
Inurnment will take place at a later date at Lincoln Memory Gardens in Whitestown, Indiana.